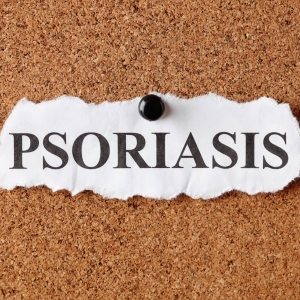 Psoriasis is a common, chronic condition, which typically causes patches of itchy, scaly and sometimes inflamed skin.  Although they can appear anywhere, these patches (plaques) are most likely to present on your elbows, feet, hands and knees.

In about 50% of cases, fingernails and toenails are affected and about 25% of people will have pain, swelling and tenderness of their joints.  Psoriasis can develop at any age, but usually starts in young adults in their early thirties.  Psoriasis affects males and females equally and around 30% of patients have a family history of the condition.

The exact cause of psoriasis is unknown, but recent investigative studies show that the real cause is a problem with the immune system.  Psoriasis may also be triggered for the first time by infection such as Streptococcal tonsillitis, HIV and viral infections and, as well, by severe emotional stress. Excessive alcohol and smoking may also worsen the condition. Certain medications may also trigger psoriasis or cause psoriasis to become aggravated.  These medications include anti-malarial medications, beta-blockers, lithium and rapid withdrawal of systemic corticosteroids.

Most types of psoriasis are cyclical, occurring for a few weeks or months, then subsiding for a time, or even going into complete remission. Psoriasis is usually diagnosed from the medical history and from clinical examination. Psoriasis signs and symptoms can vary from person to person, but may include one or more of the following:

Scalp Psoriasis: Often appears as red, itchy areas, with silvery-white scales.  You may notice flakes of dead skin in your hair or on your shoulders, especially after scratching your scalp.

Chronic Plaque Psoriasis: This is the most common form, with red patches and plaques of varying sizes, coloured with silvery scales.  Plaques may be seen on any area on the skin, but the elbows, knees, lower back and scalp are most commonly affected by the condition.

Guttate Psoriasis: This primarily affects people younger than thirty, and is usually triggered by a bacterial infection such as a Strep. throat.  It develops rapidly and has characteristic small, water-drop-shaped lesions on the trunk, arms, legs and scalp.

Inverse Psoriasis: Mainly affects the skin in the armpits, under the breasts, around the genitals and in the groin. This presents as smooth patches of red, inflamed skin, with little or no scale.  It is more common in overweight people and is worsened by friction and sweating.

Pustular Psoriasis: This is an uncommon form of psoriasis.  It can occur in widespread patches, or in smaller areas on your hands, feet or fingertips.  It is often associated with other symptoms, such as fever and pain.

Palmoplantar Psoriasis: This affects the palms and/or the soles, and has characteristic scaling, redness or pustules (small blisters on the skin containing pus).

Erythrodermic Psoriasis: This is the least common form of psoriasis and can cover your entire body with a red, peeling rash that can itch or burn intensely.  It may be triggered by severe sunburn and by corticosteroids or other medication, or by another type of psoriasis that is poorly controlled.

How is Psoriasis treated?

The Excimer laser (or topical targeted phototherapy) is recommended for adult and paediatric patients experiencing mild, moderate or severe psoriasis with less than 10% body involvement.  The dosage recommended depends on the skin type of the individual and factors into account their plaque characteristics and thickness.  Subsequent doses will  be adjusted depending on the clinical response or side-effects of patients to initial applications.  The Excimer laser delivers a monochromatic beam of photons that target affected lesions of psoriasis while preventing unaffected skin from being treated.

When exposed to 308nm Excimer light, psoriatic lesions experience a decrease in T-cells, as well as epidermal proliferation.  The laser is concentrated primarily on individual lesions of psoriasis and penetrates into deeper skin layers, and only treats involved skin, minimising the risks of exposing unaffected skin to UV radiation. Patients can have up to 2 – 3 treatments per week until cleared.  In most cases, an average of 10 – 12 treatments are required.