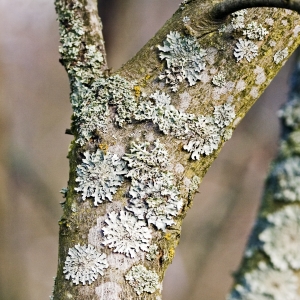 Removing growths such as benign moles, cysts, skin tags, milia, sebaceous gland hyperplasia, seborrhoeic keratoses and many other kinds is an important service for any specialist dermatological service to provide. Many of these growths prove to be unsightly or are bothersome to yourself and consequently one desires removal.

Skin cysts are some of the most frequently encountered lesions in dermatology. A cyst is a closed sac within or beneath the skin that usually contains semi-solid material consisting of proteins and oils. The material is trapped and can increase in volume over time, often becoming a nuisance, causing discomfort, odour or unsightliness. There are a few people who have a genetic tendency to form benign cysts and may experience several throughout their lifetime. Cysts are typically benign and can be removed by surgical excision under local anaesthesia. Although most cysts are usually asymptomatic, they can occasionally become painful if they become ruptured, inflamed or infected. In such cases, a cyst may need to be opened and drained and then packed with gauze for a number of days to a week. If this occurs to a cyst, we often recommend removing it in the weeks to months after to avoid recurrence.

Dermatofibromas are red or brown, firm nodules in the skin, most commonly found on women’s legs. They can also be on the arms, back or torso in men or women. These growths are not cancerous but they do not go away on their own. People sometimes desire removal for reasons of unsightliness, difficulty shaving or the lesions being painful. Dermatofibromas cannot just be shaved off the surface and need to be excised in order to be completely removed, so they will not re-grow.

Haemangiomas are proliferations of blood vessels. Haemangiomas can arise from genetics, sun exposure, trauma or for no apparent reason. Small haemangiomas called cherry angiomas are very common in the fifth decade and beyond. They can also appear on a child’s face. They can easily and successfully be treated with either the VBeam, Excel or Gemini laser, all available at the Skin Specialist Centre. In babies, we call them strawberry haemangiomas. Usually they resolve spontaneously. However, when they involve the face or are very large on the body, we treat them with steroids, Beta blockers and lasers.

Other haemangiomas are called port wine stains, which are more often broader patches and are flat or slightly raised and may be on a large area of skin. They can occur on the face, arms, legs and pretty much anywhere on the body. With age, they can become darker or lumpy. Haemangiomas treatment normally involves a laser and it usually takes multiple treatments to improve them. It is uncommon to get 100% clearance, but their appearance can be significantly lessened. We treat them with a combination of VBeam or Excel V laser.

Naevus is the medical term for a mole. Many moles are called naevi. Normal moles are symmetric and have even tone or one single colour (usually a light to medium brown) and a shape that is usually oval or round. Most benign naevi are hereditary. High numbers of naevi can indicate potential risk for developing melanoma. It is known that increased sun exposure in childhood can influence the number of naevi. Many moles and naevi can be perfectly normal and never change. However, some may undergo a transformation and become atypical or even melanoma. Atypical naevi have an irregular shape, colour or asymmetry. Melanoma often arises within an atypical mole so it is important to identify atypical naevi and remove them.

Molluscum contagiosum is a viral skin infection that causes painless, raised flesh or pearly coloured bumps on the skin surface. This common viral disease is usually seen in children aged 1 – 10 years, and commonly occurs in sexually active individuals. Any body part can be affected, but the arms, trunk and legs are most common. Transmission of the virus occurs with direct skin to skin contact, such as scratching of the lesions, playing with other children or sexual contact in adults. The virus can spread from one part of the body to another, or to other people. Such lesions are contagious until all of the lesions have been eradicated. Molluscum Contagiosum treatment includes in-office procedures and topical creams. If left untreated, the virus will eventually clear but it may take months or years for all of the virus to resolve.

One of the common treatments we use for this is Cantharidin (often referred to as “beetle juice”). This is a chemical found naturally in members of the beetle family, hence the nickname “beetle juice”. It is a liquid that is painless to apply to the lesions and washed off at home a few hours later. Cantharidin causes the treated areas to mildly blister and the virus to be destroyed. Cryotherapy is a treatment that uses liquid nitrogen and is sprayed on to the lesions, causing mild blistering and viral destruction. Extraction of the virus with a curette or needle is sometimes necessary if there are facial lesions. Usually one to two in-office treatments are needed to successfully treat the virus. Occasionally many visits are necessary to completely eradicate the virus.

Sebaceous gland hyperplasia are benign lesions caused by over-active oil glands and look like flesh-coloured bumps. There are numerous treatments for Sebaceous Gland Hyperplasia, which are more common in oily skin. The most common form of treatment is fine needle electro-cautery, which is use of an electric needle to shrink the gland surface and make the lesion less visible. The lesions also respond to laser ablation (Candela VBeam Perfecta, Excel V and photo-dynamic therapy).

Seborrhoeic keratoses are incredibly common growths and look like rough, brown patches. They are often referred to as barnacles. Seborrhoeic keratoses are unsightly, itch and occasionally bleed. They are more common in middle aged and elderly individuals. Although they are most common on the trunk, they can occur on the face, scalp, arms and legs. There are numerous ways to treat seborrhoeic keratoses depending on the size of the lesions. Treatments would include cryosurgery, shave biopsy, curettage and diathermy or laser ablation (Excel V, Gemini KTP).

Skin tags are common, benign, flesh-coloured skin growths which occur most commonly on the neck, in the underarms, on the eyelids, under the breast and in the groin. They typically occur in areas of friction. Increased body weight and hormonal elevation such as with pregnancy can also contribute. Skin tags are easily removed in the clinic. Occasionally, local anaesthesia is required for larger lesions.

Warts are non-cancerous skin growths caused by a viral infection in the top layer of the skin. Warts are transmitted from person to person and can occur almost anywhere on the body. We offer a wide variety of successful treatments for warts and are able to customise treatments for each patient. Treatments for warts include prescription creams to apply to the warts daily, oral medications, freezing the warts with liquid nitrogen (cryosurgery) or injection of medication into the warts.

At the Skin Specialist Centre, we offer injections where they are appropriate, as these are more highly effective than other treatments, especially if the warts are on the bottom of the feet or the palms of the hands. Bleomycin is an anti-neoplastic/antibiotic and is used to treat numerous malignant lesions; it has been known for some time that intralesional (that is the injection of Bleomycin into a wart) will actually eradicate the wart in the majority of cases. This is sometimes effective with a single treatment. The medication is injected in extremely small amounts. It is not absorbed into the bloodstream, so there are no systemic side-effects like those that would usually be expected from a cancer drug.

The injection of Bleomycin into the wart is too painful to be done alone, so prior to injection of Bleomycin, local anaesthesia is injected into the site. Usually within 3 – 10 days, the wart will become black, reflecting death of the wart. The blackness is due to the blood supply being impaired for wart growth. If the wart does not go black, it does not mean that you will not have a successful outcome in terms of resolution of the wart, but the sign of blackness gives one an overall better prognosis that the wart will resolve. We always reserve Bleomycin for recalcitrant warts. There are also numerous other treatments that can be considered for treating a wart: