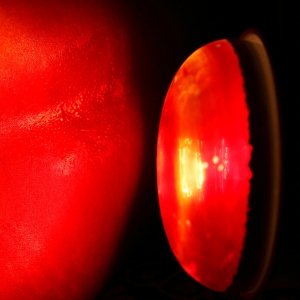 PDT involves the skin application of a light-sensitive chemical called Metvix (methyl aminolevulinate) followed at least three hours later by the application of red light. The lesions absorb Metvix from the cream and by light exposure, the lesion’s cells are destroyed. Normal skin will not be affected.

Metvix is used to treat facial and scalp lesions that are thin and not dark coloured. Skin cancer lesions which can be successfully treated include superficial basal cell carcinomas, Bowen’s disease (squamous cell carcinoma in-situ) and solar keratoses (sun spots). Those on the back, chest, arms and legs are well suited to the treatment, but thick or deep skin cancers, and those on the mid-face and ears are not suitable.

The cure rate for PDT is not as high as with surgery. Overall, it is in the range of around 90%. PhotoDynamic therapy does have the benefit of avoiding the need for surgery and scarring, and is often a very good option for treatment. There are many alternatives for PDT, including Efudix, Aldara cream, curettage, cryosurgery or excision. If PDT has been recommended, it is because after considering all the benefits and risks, it is the best choice for your situation.

What does the procedure involve?

Two treatments are required on the same day. The first involves the dermatologist gently scraping the skin cancer to allow the cream to soak in. We rarely perform this approach, as we use a fractionated CO2 laser to achieve the same effect, if not better, as there is no bleeding at the site. The fractionated CO2 laser promotes a far better site application of the products due to the numerous small areas of destruction produced through this device. Local anaesthesia is not needed for this. The Metvix cream is then applied and covered with a plastic covering. The patient returns after at least three hours.

At least three hours after application, the cream is removed and the red light is applied for varying periods of time (between 5 – 9 minutes) depending on the site. This can be painful and very cold air is blown across the treatment site to cool the skin and relieve any pain. If necessary, local anaesthesia can also be injected.

Following treatment the area will be red. It may swell and sometimes weep a little before forming scabs which heal over five to seven days. Discomfort may last for two to three days, which can be relieved with Panadol. For superficial basal cell carcinomas and squamous cell carcinomas in-situ, a second treatment will be arranged either one to two weeks after the initial treatment.

What are the possible side effects?

During the treatment you may experience a burning or stinging sensation during light application. Pain varies between people and locations on the body. It is usually mild but can be intense in some people. Following treatment, most patients experience some discomfort, but this is usually short-term and seldom lasts for hours or days.

Painkillers such as Paracetamol are advisable prior to light application. If necessary, we offer local anaesthesia to minimise pain during the light application. After the treatment, protect the treated skin against direct sunlight. Vaseline can be used topically and is effective in soothing your skin. Ice can also be used for pain relief. Do not use ice in direct contact with skin and it should not be applied for more than five minutes at a time.

To minimise redness, swelling, crusting or colour change we would suggest that after treatment Vaseline be applied to the treated skin two to three times a day to reduce redness and swelling. Cetaphil can be used as a moisturiser and as a liquid soap. Ice can be applied at home to reduce swelling, but do not use ice in direct contact with skin, as it should be applied for no more than five minutes. Do not pick the crust or scabs. Sunblock should be applied to prevent sun-related redness or brown pigmentation.